Plastic, or what is known as plastics, is an easy-to-form material in various forms that mainly consists of polymers. In industrial societies, societies are still witnessing development from the era of coal to the era of black gold (petroleum), which contributed to the emergence of many new industries that developed over the days. The plastic industry has emerged and flourished and is today at the forefront of the current industries due to its many uses in daily life. In the installation of objects and tools around us, plastic products have replaced metal, glass and paper products. The oil is the source for all types of plastics and is manufactured by a process called polymerization, which is the building of chains of hydrocarbons by chemical reactions with the help of pressure and heat, and this process falls within the manufacture of petrochemicals, and the plastic is called by the name of the compound from which the polymer is made by the word poly (multi), for example: Polyethylene is a plastic made from a polymer based on the compound ethylene (monomer) preceded. 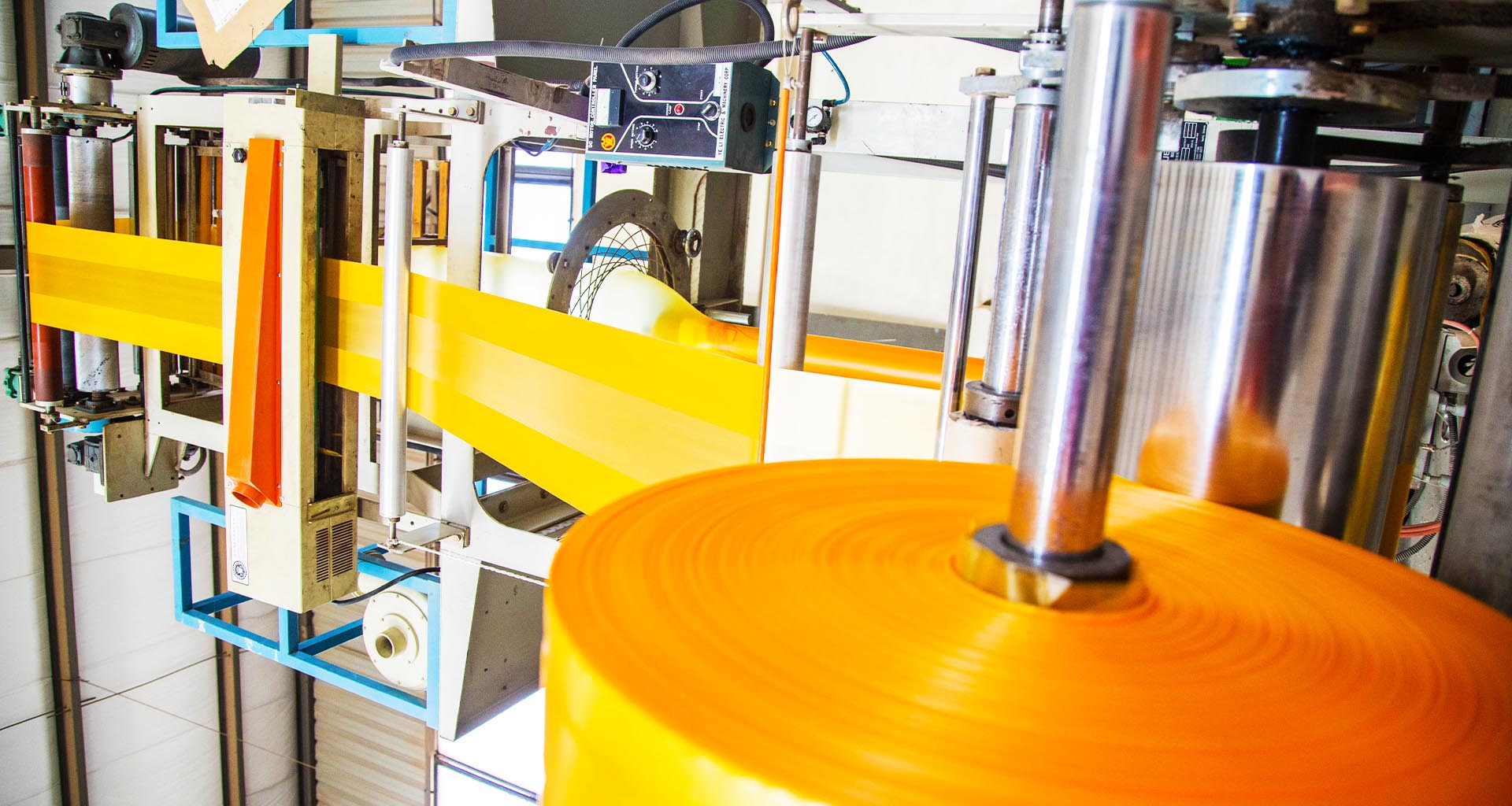 The plastic manufacturing process includes two main stages: These granules can be manufactured in the same factory, except that they are often the first to polymerize, and in them, granules that can be transported and manufactured are produced from the plastic material that is sold as raw material for molding factories. Any (packaging, the second stage is forming, which is done by heat, and mechanical forming machines to obtain the product in its final form, nylon cover, water tanks ...), and thermoforming is by melting the plastic granules, d will dispense with melting the plastic, or Formed by mechanical methods, as it is possible And suffice to form it by pressing only. Methods for forming plastic In order for the product to come out or be cooled immediately by a stream of optimal water, the injection method enters the molten plastic inside metal molds to take its final shape to be modified, often with its final appearance, which is not below, and this method is used to manufacture plastic seats and pipe connections; Such as elbows, children's toys, agricultural equipment, and high-precision injection molds; With the aim of obtaining a product of high quality, surface polished, and uniform without deformation. Blowing method The blowing method is used when making hollow vessels with narrow holes. Like bottles, it takes place in two stages; The first is the injection to obtain any that contains a simple, inflatable cavity, and the neck of the bottle that does not need to be inflated at all, while the second is inflated in the cavity The first form mentioned in the stage is organized into molds surrounded by ice water for the purpose of cooling, so that the product then carries the final shape That is, the previous form of the package, and this method is used to manufacture juice bottles, and various chemical and food packages, and it is indicated that the product is accurate. The manufacturing process has the primary role in ensuring the final quality Extrusion method The extrusion method passes a continuous stream of molten plastic through a specific section to bear its shape. This method is used to manufacture pipes and ribbons of various sizes. Pressing method The compression process is done by heating the plastic mold a little, to facilitate the forming process, and it is used to manufacture plastic bags and molds for refrigerators. Film method, which has two methods of manufacturing: The first is called the method of blowing and the molten plastic passes through it through a channel called the melt channel and then to the mold, which has circular channels until the matter ends with a simple circular opening through which it is executed in a cylindrical shape and is pulled to the top by means of pulling rollers and after adjusting the required thickness, it is wrapped on a special part With the machine in the form of a roulette. The second method is called the pouring method, in which the mold is flat and has two minute lips from which the molten exits and passes over a sudden cooling roll to retain its shape and the rolls control the thickness to be produced, and at the end it is also rolled into a roll shape. Manufacture of plastic bags and bags This industry largely controls most of the market, whether in the Arab markets or the global markets, and given the importance of this industry, the necessary machines have developed for the production of bags and bags in order to be able to produce the quantities that suit the growing need of them in addition to reducing the industrial cost. This complementary industry is the stage that follows the plastic film industry, and from most high-density or low-density polyethylene materials, bags that are used in shopping and supermarkets, vegetable bags, garbage bags, and sandwich bags are produced. Plastic recycling Plastic is considered one of the basic materials that are used in many industries, and plastic is most specifically used for utensils and utensils. E its weight. Its use has evolved greatly with the development of the industry in general. Most of it is easy to deal with, its low financial cost, and we rarely see loyalty in the roads Fields, especially tourist places, and forests, in particular, on the environment, as plastic containers are lying on the ground, and this in turn has a negative impact, not on the soil. A scientist suffers Oath in its various forms, which in turn is the dirtiest of the place, because plastic is a material that takes tens of years to analyze our current problems of the hill of the ancient peoples, as the forms of pollution were very limited at that time causing many of the diseases of our time that we suffer from and which you did not know about. Among the most important tools for shampoo and detergents are the daily used liquid bags of various forms, dishes and food containers made of plastic, we mention: water bottles, boxes Medicine boxes, polystyrene used as containers for vegetables and fruits and other utensils made of plastic. Next, we will talk more about recycling and steps for recycling. ❖ Recycling The term recycling means reusing a substance over and over again